Self-assembled peptides are composed of amino acid building blocks which assemble, via intermolecular interactions into nanomaterial structures, in response to physiological stimuli including: pH, temperature, ionic strength, and the presence of specific enzymes.

By modifying the amino acid sequence we can control whether these peptides assemble into hydrogels composed of nanofibers or peptide nanotube structures.

This platform has huge potential within biomedical applications to prevent and treat a vast number of diseases via improved delivery of drugs. Our molecules have many advantages over current synthetic materials used in healthcare. Peptides possess vast chemical versatility due to the varying nature of their amino acid R-group. This is proven by how they are harnessed throughout nature. They can be utilised to create materials with very specific functionalities and with the potential to attach a variety of molecules including drugs, hence their use within drug delivery.

In situ drug releasing implant
A significant number of chronic medical conditions suffer from complicated drug treatment regimens that patients find difficulty complying with, negatively impacting therapeutic outcomes. Our group study the use of peptide-based hydrogelas as a new technology platform for development of long-acting injectable (LAI) medicines within these healthcare areas. LAI nanosuspensions composed of water-insoluble drugs are commonly indicated for the treatment of diseases with reduced patient adherence to medication such as schizophrenia. However, alternative formulations are required due to inherent disadvantages with these nanosuspension injectables including difficulties with manufacturing scale-up, the need for water insoluble active drugs ingredients, amorphous drug formation during milling and restrictions relating to drug loading within the formulation.

Peptoids are biocompatible molecules that mimic naturally occurring peptides. Natural peptides form the building blocks of tissues and skin therefore their application as sustained release injectable implants is promising but limited by their rapid in vivodegradation by enzymes. Peptoids form structured, tissue-like, hydrogel networks in aqueous environments and can offer sustained release of drugs. Here, we aim to investigate the potential of novel peptoid hydrogels for long–acting subcutaneous drug administration. Peptoids are unnatural peptides not recognised by host enzymes and can therefore provide long-term stability as a hydrogel platform.An added advantage is that our low molecular weight peptide-like motifs are less than seven amino acids in length. They are attractive to pharmaceutical use as they are more cost-effective to synthesise and amenable to scale-up manufacture compared to larger peptides and proteins utilized throughout medicine, improving potential clinical translation to patients.

Our work investigates the potential of biocompatible self-assembling peptide nanotubes for their ability to encapsulate model hydrophilic and hydrophobic drugs and deliver them across biological barriers including: the blood-brain barrier; cancer cells and the outer membrane of Gram-negative bacteria.

Blood brain barrier (BBB)
By tailoring the electrostatic charge and lipophilicity of self-assembling peptide molecules, optimised nanotubular structures may be developed that can penetrate the blood-brain barrier more freely than spherical and cubical nanostructures, thereby offering enhanced therapeutic strategies for treating diseases of the central nervous system. Self-assembling peptide nanotubes will cross the blood brain barrier by a process of adsorptive endocytosis and transcellular lipophilic pathway , as demonstrated previously for carbon nanotubes but with the additional advantage of significantly reduced toxicity, ease of synthesis and increased chemical versatility provided by the peptide motif.

New platforms are required to improve delivery of existing and future drugs, which demonstrate promise against tumours but struggle to be delivered, across the blood brain barrier to reach brain tumour cell sites. Our researchers are investigating the ability of peptide nanotubes to deliver cancer drugs across the BBB to improve brain tumour treatment. Peptides are the natural building blocks of human tissue and hormones. Therefore they are excellent molecules to deliver drugs, possessing reduced toxicity with healthy body cells and tissues. We have discovered a group of peptides that are capable of forming tube-shaped structures and can incorporate a vast library of drugs. Their nanoscale size and shape (tubular) make them optimal molecules for interacting with and crossing the BBB, carrying cancer drugs with them. These properties also mean they are taken up more readily by cancer cells than normal healthy cells. Currently, increased concentrations of drug are administered in an attempt to overcome the BBB and are associated with debilitating side effects such as severe nausea and vomiting. By using peptide nanotubes combined with cancer drugs:
-a greater amount of cancer drugs will reach the tumour, leading to improvement in drug effectiveness
-doctors will be able to reduce the dose of cancer drug as more is reaching the tumour resulting in lower side effects.

The overall benefit of this is to significantly improve quality of life and survival times for patients.

This project investigates the potential of biocompatible self-assembling peptide nanotubes for their ability to encapsulate licensed antibiotic drugs and deliver them across the outer membrane of Gram-negative bacteria. This membrane is a major physical barrier to the entry and activity of antibiotics in Gram-negative infection and a significant contributor to antimicrobial resistance. Nanotechnologies, including carbon nanotubes and inorganic nanoparticles, are at the forefront of research to tackle the most difficult diseases in human health. Peptide nanotubes have the potential to house molecules, including antibiotics, within their hydrophobic peptide membrane or hydrophilic aqueous pore, acting as drug delivery platforms. Resistance to antimicrobials is one of the most pressing issues impacting society resulting in at least 700,000 deaths worldwide per year. Of greatest significance is the increase in resistance attributed to the Gram-negative pathogens Pseudomonas aeruginosa, Escherichia coli, Klebsiella pneumoniaeand Acinetobacter baumannii, due in part to a lack of available, effective narrow spectrum Gram-negative selective antibiotics . The majority of antibiotics reserved for resistant Gram-positive infection have no activity against Gram-negative bacteria as they are incapable of crossing the Gram-negative lipopolysaccharide outer membrane barrier. Polymyxins represent a class of cyclic antibiotics and antimicrobial peptides with selective activity against Gram-negative bacteria due to their interaction with lipopolysaccharide in the outer membrane. Their defined structure and interactions with lipopolysaccharide will serve as a template to create a group of non-toxic, biologically stable, cyclic D,L-polymyxin-like peptide nanotubes with inherent Gram-negative antibacterial activity. Nanotubes have the added ability to extend the spectrum of activity of current Gram-positive selective antibiotics and deliver them across the lipopolysaccharide outer membrane barrier, providing synergistic action. Our publication in Acta Biomaterialia has proven peptide nanotubes have the ability to transverse the outer membrane of Gram-negative bacteria. We are moving forward to study their ability to be used in combination with existing licensed antibiotics.

This represents a novel approach to tackle the current deficit in Gram-negative antibiotics and will rapidly extend the currently available library through the combination of regulatory approved Gram-positive drugs and our peptide platform. Peptide nanotubes have outstanding potential to be clinically translated thereby lowering the burden of resistant Gram-negative infections, providing a valuable therapeutic alternative for clinicians involved in antimicrobial prescribing, limiting the spread of antimicrobial resistance and reducing patient suffering and death.

Self-assembled peptides are composed of amino acid building blocks which assemble, via intermolecular interactions into nanomaterial structures, in response to physiological stimuli including: pH, temperature, ionic strength, and the presence of specific enzymes. By modifying the amino acid sequence we can control whether these peptides assemble into hydrogels composed of nanofibers or peptide nanotube structures. […] 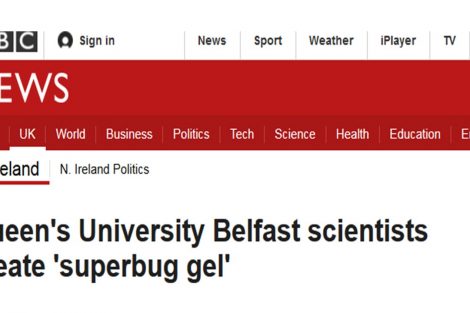 Healthcare associated infections (HAIs) are estimated to cost the NHS £1 billion per annum, of these medical device infections account for half of all cases. Intravascular catheters are commonly inserted in hospital and outpatient settings to administer drugs, provide nutritional support and monitor patients. They include peripheral and central venous catheters, arterial catheters and haemodialysis […]

Chronic wounds are amongst the most debilitating and burdensome healthcare disorders impacting society with a UK incidence of 575,600 patients annually costing the NHS up to £3.1billion per year. The scale of this problem will escalate due to an increase in factors that contribute to chronic wounds, for example increased life expectancy (a more elderly […] 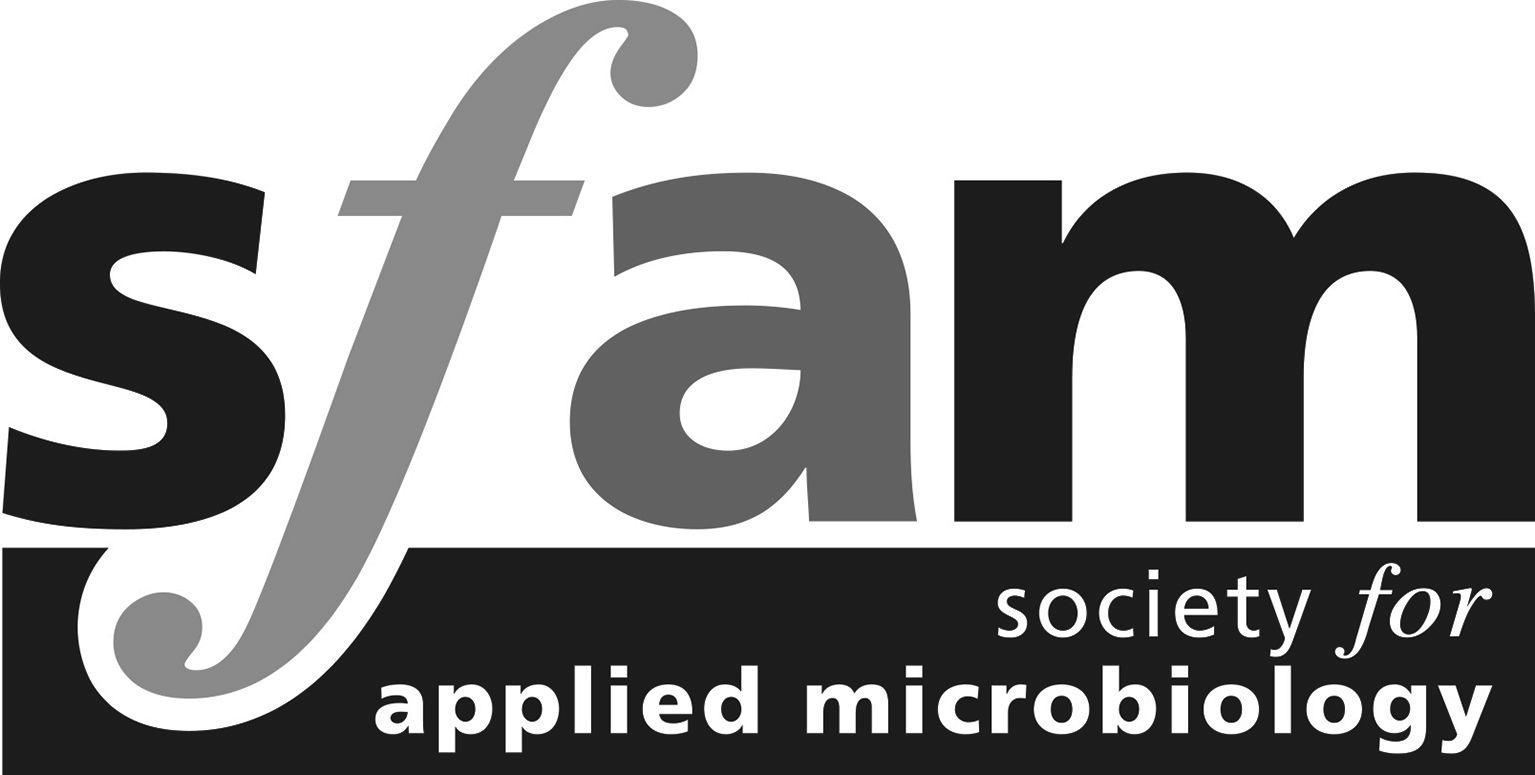 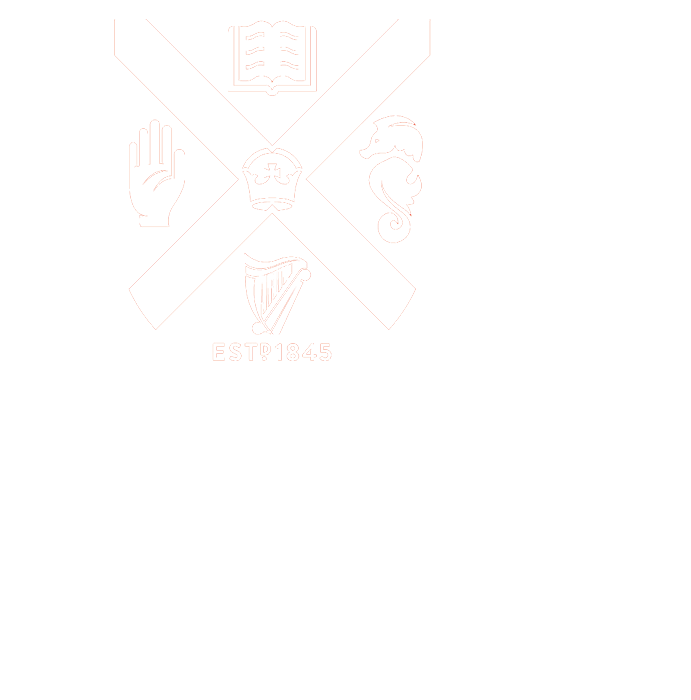